skip to main | skip to sidebar

I’ve always felt like a rebel. Growing up as a gay kid in a religious home in Kansas will do that to you. My journey into advocacy began like any other advocate – it became personal. On May 22nd, 2016, I was given the results of my routine HIV test. This time, the results were different. I swore at the time that no one who didn’t need to know would.

That opinion changed a few months later after my friends and I were out when someone approached them and told them they shouldn’t be drinking after me. Rumors spread fast in smaller communities but instead of getting upset, I got curious. I became curious about how ideas like that survived the 80s and 90s and the rebellious kid in me wasn’t about to let others define who I was.

So, I turned to social media. I wrote (and rewrote) what I wanted to say, including, “I want to live a life unashamed of my truths, no matter what they are,” before I finally clicked post. 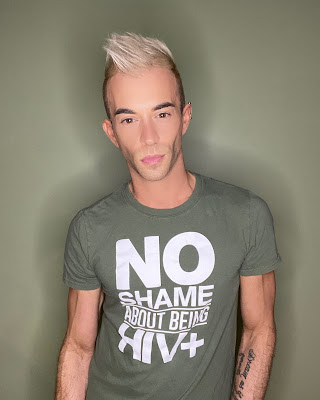 There were certainly a few friends who didn’t want to be associated with HIV. But then came a formative, discreet moment when I was approached by someone who told me that what I had shared had meant a lot and then whispered, “Me too.” That was the first time I understood that if you can say aloud the things others are afraid to whisper, you become a voice instead of a victim.

After seeing a life changing video online of the incredible Bruce Richman, social media became my soap box where I shared my life and the revolutionary message of Undetectable Equals Untransmittable with anyone who would listen.

Shortly after, I took a job as a peer educator, where I would worked for four years directly with clients including both newly diagnosed individuals and those for whom staying in care wasn’t easy. Throughout my time there, I learned from the best team of colleagues and a wonderful mentor in my supervisor LaTrischa. 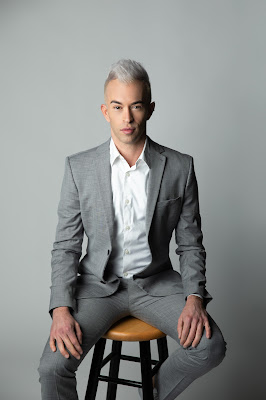 In 2018, I was approached to become a patient ambassador for a pharmaceutical company. I was whisked off to training with nine incredible advocates, many who have become lifelong friends. That experience led to years of speaking engagements, magazine ads, and one TV commercial, which was the first time U=U had been featured in a nationwide campaign in the United States.

A year ago, I was given the incredible opportunity to serve as senior program manager of community engagement for the International Association of Providers of AIDS Care. To be part of an incredible global team working to end the HIV pandemic has led me to grow, to learn more about myself, but most importantly to put people in the center of everything I do.

I could talk about awards that sit on my bookshelf collecting dust, but that’s not what I value. It's the moments no one else has seen – the conversations behind closed doors with clients in the clinic, the messages on social media with people from all over the world – that have impacted me the most. Seeing people go from diagnosis and being scared that their life was over to the moments when they realize that their life has just begun – those moments are the greatest reward. 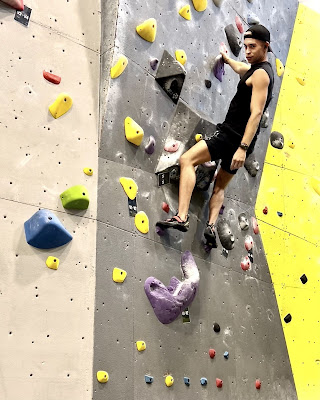 My journey from my diagnosis to now has been one of incredible privilege, access, and opportunities. It hasn’t been a cakewalk, but I have tried my best, in my own way, to use my privilege and the opportunities that have come to advocate for others.

So here I am six years later with so many lessons learned. I don’t know a lot, but I know that people living with HIV are my people. I don’t want to bring seats to tables that weren’t built for us, but rather build bigger and better tables. I want everything I do to honor those giants whose shoulders I stand on, and to make way for those who will certainly come after.

I imagine I will always feel like that rebellious kid, but at least now, I’m a rebel with a cause.

Disclaimer: Guest blogs do not necessarily reflect the views of the ADAP Advocacy Association, but rather they provide a neutral platform whereby the author serves to promote open, honest discussion about public health-related issues and updates.

Posted by ADAP Advocacy Association at 5:10 AM