skip to main | skip to sidebar

It was 1983 amid rising anger and fear over the federal government's failure to address the AIDS epidemic in the United States that people living with HIV/AIDS assembled to demand, “Nothing about us without us.” The Denver Principles were the first self-empowerment statement issued by people living with HIV/AIDS, yet nearly forty years later it still serves as the foundational platform for HIV advocacy. Now a chronic disease, HIV is turning gray. Although the face of the HIV epidemic has changed over time, our demands remain much the same: inclusion, resources, and treatment!

Said Hank Trout, MA, of the collective work put into the statement: "For our purposes with the Principles, we chose to define long-term survivors as those of us who were diagnosed during the fifteen-year period between 1981 and 1996, before the advent of HAART. It is we who bore the brunt of the AIDS pandemic from the very first. It is we who suffered the first diagnoses and the unmitigated fear of catching or spreading the disease; we who buried our friends and lovers and family members after watching them slowly disintegrate; we who were ignored by public health officials, laughed at by politicians, condemned by religious leaders, and shunned by our own communities; we who put our bodies on the line as unpaid guinea pigs for pharmaceutical companies who have made billions in profits off us; we who submitted to the first toxic trials and research programs; we who are still living with PTSD from all the losses and chaos of the early, horrendous days of this pandemic. And finally, we are the ones who set the standard for compassionate caring for our own community" (Trout, 2020).

The ADAP Advocacy Association has long espoused the tenets of the self-empowerment message spelled out in The Denver Principles. The following value statements are the foundational ideals under which our organization operates: 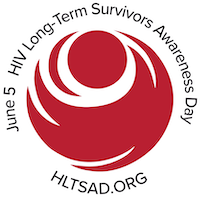 The ADAP Advocacy Association also has embraced the need for improving supports and services for the long-term survivors among us. We called attention to older adults with HIV as the Forgotten Majority. We raised awareness about AIDS Survivor Syndrome and understanding the linkages between mental health and HIV/AIDS. We highlighted Covid-19's disproportionate impact on older adults living with HIV & long-term Ssurvivors. And now, we wholeheartedly support The San Francisco Principles!

As we turn the page on an Administration that has ignored much of the needs facing the HIV community, as well as fueling stigma in this country, it is important that our advocacy efforts take a look back on The Denver Principles, while also look forward to The San Francisco Principles. Both serve to empower our efforts!

Disclaimer: Guest blogs do not necessarily reflect the views of the ADAP Advocacy Association, but rather they provide a neutral platform whereby the author serves to promote open, honest discussion about public health-related issues and updates.

Posted by ADAP Advocacy Association at 5:45 AM